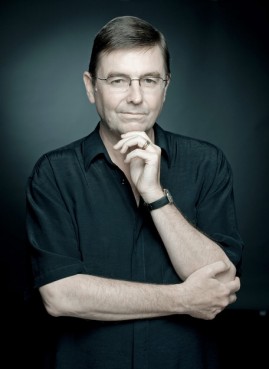 Simon Robinson (1956) the respected English conductor, was born in Liverpool, England. He graduated from the University of Surrey in 1978 and received his Master's degree there in 1991 having specialized in interpretation. Whilst in England he studied conducting with Maurice Handford and Vernon Handley and later with Boris Švara and Oskar Danon.    Since 1978 he has held appointments as conductor and guest conductor with various orchestras, opera houses, and choirs throughout Europe and is, at present, the principal conductor of Slovene National Opera, Maribor, Slovenia of which he has also been Assistant Artistic director on several occasions.   Mr. Robinson was a prize winner in the 1983 Leeds International Conducting Competition, has won various medals with The Academic Choir of the University of Maribor and was granted the dignity of an Ordinary Officer of the Civil Division of the Order of the British Empire in 1998 by Her Majesty Queen Elizabeth II for services to Music.